Founded by the Waldensian Presbyterian Church and opened to the public in 1974, the museum offers artifacts and special exhibits remembering the early Italian settlers that founded Valdese in the late 1800s. Tours conducted Tuesday through Friday at 11am and 2pm. Other tours by appointment only. 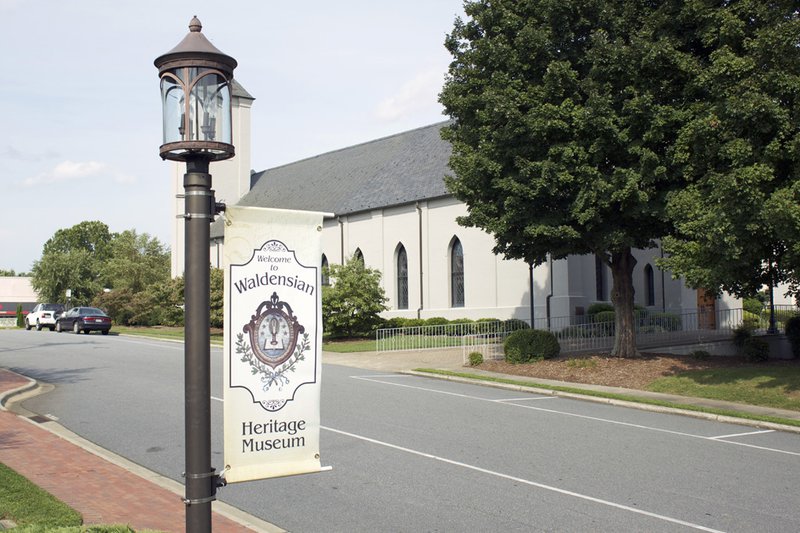 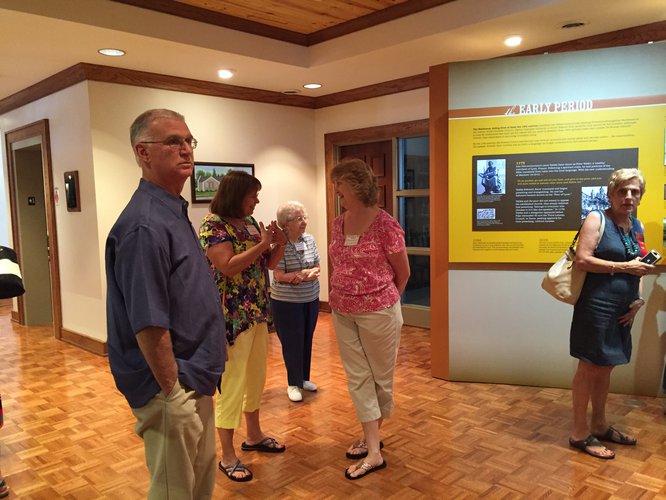 The Rock School Arts Foundation mission is to offer new and enriching exhibition, program, and art education for adults and children; serve as a cultural destination for tourists and visitors; and act as a resource for our local art communities.

A locally owned pizza restaurant located in the heart of Valdese.

Valdese Lakeside Park: Lakeside Park is a natural park in Valdese, NC that consists of 300 acres of land bordering Lake Rhodhiss. While it is not fully developed, there is plenty to do and see while visiting. There are 4-5 miles of trails for hiking and mountain biking, you can fish from the bank, picnic at the tables, launch a kayak from the shore and enjoy the views. More is being added all the time so stop back regularly to see all of the progress!

In honor of Valdese celebrating 125 years since their founding in 1893, the Valdese Public Arts Commission and the Town of Valdese have come together to create a commemorative art piece that will be located across from Valdese Town Hall on Massel Avenue. The art installation depicts the arrival of the original Waldensian settlers who came to Valdese on May 29th, 1893 as they departed the “No. 11” train at the Valdese Depot. The installation was created by the artists of Oak Hill Iron & Wood of Morganton and was designed by local artist Greg Mastin. The project features a full scale train and silhouettes of original settlers made out of iron. Standing between twelve and fifteen feet tall and extending parallel to Massel Avenue for over thirty feet, the installation will honor those who founded Valdese. The original settlers will be listed on a bronze plaque which will be created by the Waldensian Heritage Museum. The installation also features a boardwalk and gazebo

Buildings, caves and monuments document the history and journey of the Waldensian people from northern Italy to North Carolina.

From This Day Forward- Fred B. Cranford Amphitheatre

The History Behind the Drama: The Waldensians are a pre-reformation reformed sect of Christianity. They believed in the priesthood of all believers, translating the scripture into the "common" languages of the people of the day and encouraging education so that all people could read the Bible for themselves. A simple people, they were dedicated to taking care of the poor and justice for the oppressed. The Waldensian Community was excommunicated by the Catholic Church in 1184 at the Synod of Verona. Pope Innocent the 3rd went even further in 1215 declaring all Waldensians heretics. Forced to renounce their religious stances or flee, the small community of believers sought refuge in the Cottian Alps, where life was somewhat protected by the rugged landscape and isolation. Even so, the Waldenses were heavily persecuted by both the Catholic Church and the Reigning Monarchs throughout the region. Perhaps one of the bloodiest episodes in the history of their faith was in 1655 in a series of persecutions known as the Piedmontese Easter. In this series of massacres it is said that thousands of Waldensians were murdered for their faith. It is a mere 30 years later that our play begins. Total annihilation of the Waldensian Faith was the aim, yet throughout all the years of persecution, their faith remained and grew stronger. This is the backdrop to our story. The production is presented annually at the Fred B. Cranford Amphitheatre – mid July through mid-August.

Venture out to this hidden treasure to enjoy a volleyball court, picnic facilities and restrooms in addition to the natural attraction of the 40 ft. high McGalliard Falls.